How Does a Plumbing Vent Work?

In plumbing, a vent, or more precisely, a drain waste vent, helps to remove sewage and greywater from a building or home. The vent also helps to regulate air pressure in the plumbing pipes to ensure that the water flows unimpeded through them. 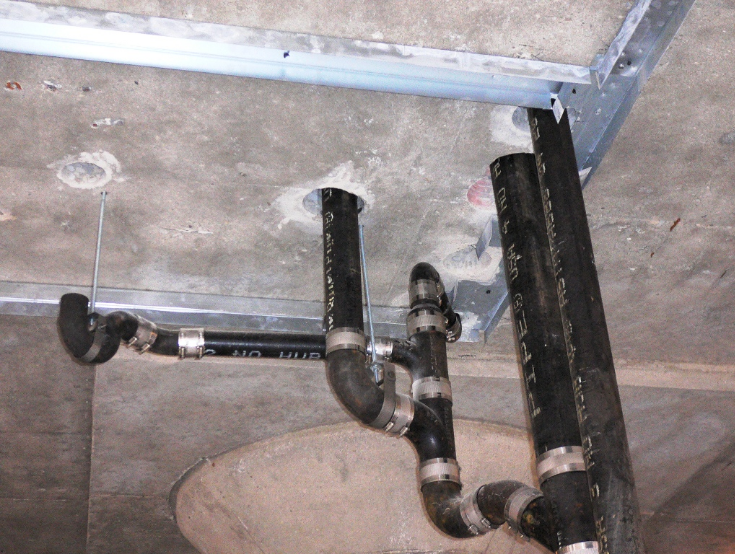 Drain waste vent systems help to keep the air pressure in the pipe neutral, meaning that the pressure is the same throughout the length of the pipe. This allows water and sewage to flow freely down the pipes by the force of gravity alone.

Every plumbing fixture in the house, such as drains, faucets, toilets, must have a trap, which is a bend or loop in the pipe near the fixture. Because of the bend, this section of pipe holds or traps water, and this prevents noxious gases from entering the house.

Plumbing vents are pipes that extend from the waste pipes to the outside of the building, often going through the roof. The vent pipes allow the sewer gases to escape to the outside, rather than being released inside the house. The vent pipes also allow oxygen into the waste pipes. This enables bacteria to break down the sewage aerobically, meaning by the use of oxygen.

As mentioned, the air pressure in sewer pipes is the same up and down the length of the pipe. But when water moves through the pipe, it compresses the air ahead of it, creating a positive pressure. This pressure buildup must be released somehow, or the positive pressure will push back on the water. If the air were allowed to push back, this would cause the wastewater to back up through the plumbing fixture and come out the drain, which would have obvious health consequences, to say nothing of the odor.

Similarly, if the air is not replaced behind the water as it moves, it would create negative pressure, sucking the water out of the trap.

Vent pipes are placed strategically by a local plumbing company, near all plumbing fixtures, for example, to prevent both negative and positive pressure from occurring in the pipe.

Plumbing Dynamics Can Help With All Your Plumbing Vent Needs

If you need a plumbing vent or other sanitary waste piping installed or repaired, Plumbing Dynamics can help. Contact us today for more information or to receive a quote.