Plumbing Cost Differential Between a Large and Small Home

Since we talked last time about plumbing for tiny houses, we thought we’d discuss how a  much larger home (2,600 square feet in 2015) costs to operate when it comes to your water and sewage usage compared to a more reasonable-sized (but not tiny) home. 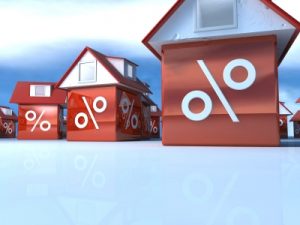 If you live in a larger home, you probably have more people who live in the home and your water bills will be higher than someone who has fewer family members. So the size of your home doesn’t really come into play because water usage for five people probably will be about the same whether your home is 2,600 square feet or 1,800 square feet.

Still, if you were to move to a smaller home if your family downsizes (your children leave the nest), you’ll save money. How much?

The average American flushes the toilet an average of seven (7) times a day. At a 3.5 gallon tank, that comes to 24.5 gallons each day.

Multiple that by the two-person household and that’s about 50 gallons a day, or 1,500 gallons a month.

Dallas charges households about $5 per 1,000 gallons of liquids (up to 4,000 gallons) going into the sewage system, so this couple would be charged about $7.50 a month. The family of five, however, would place about 122.5 gallons of sewage into the system a day (or 3,675 gallons a month) and would see an approximate sewage bill of $18.75 per month.

This is where the difference between replacing piping in a large home versus a small home does depend on the size of the home and not how many people live within it.

PEX piping tends to cost about $30 for less than 100 feet, while straight copper pipe can cost more than $230 for 100 feet of pipe. (We’ll use the less expensive PEX piping to compare costs.) Prices for re-plumbing a home are based on the home’s size as well as how many fixtures it has (sinks, bathtubs, showers, toilets, dishwashers, etc.).

Whether your home is large or small, when you need maintenance on your home’s plumbing or you need an emergency plumbing repair, call upon Plumbing Dynamics.