How Much Money Can a Low-Flow Shower or Toilet Save?

As prices rise in just about every area of a family’s budget – food, gasoline, clothing, education, healthcare (the list goes on and on) – one way  to save money is in the purchase of low-flow toilets and showers.

The idea is that the less water used when flushing or showering, the more in savings when it comes time to pay the water and even the sewage bill (some towns charge separately for these utilities, but water/sewage usage is tied together).

The cost today of a low-flow toilet also isn’t as expensive as the first low-flow toilets on the market. Today’s models often can cost even less than today’s standard models.

But let’s talk dollars saved in your monthly bill. An older, standard toilet installed prior to 1980 or so used as much as – are you ready – seven gallons of water per flush! Over a year’s time that toilet could use up to more than 40,000 gallons of water!

Toilets manufactured after 1980 used an average of 3.5 gallons per flush, a savings of 50 percent.

But today’s low-flow toilets tend to use just an average of 1.6 gallons per flush (some use as little as 1.2 gallons per flush). Install a low-flow toilet today and you could save somewhere in the neighborhood of 11,000 to 35,000 gallons of water each year, from just one toilet, saving anywhere from 55 to 77 percent of a toilet’s water consumption.

Multiply your water supplier’s water usage rate per gallon, and you’ll be able to come up with your savings quickly

As for low-flow shower heads, the U.S. Department of Energy mandates that the water flow rate for new shower heads can’t be more than 2.5 gallons per minute (at a water pressure of 80 pounds per square inch). 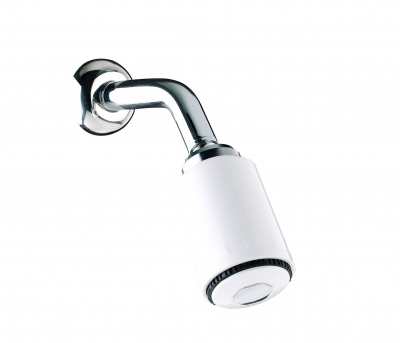 Compare that to the water flow rates prior to 1992; some shower heads had flow rates of 5.5 gallons per minute, so if you have a shower head purchased and installed before 1992, you could save considerably if you purchase a new one

To see if you’d save money with a new shower head, the Energy Department recommends you do the following: place a bucket with marked gallon increments under your shower. Next, turn the shower on using the water pressure you usually use. With a stop watch or watch, time how many seconds it takes for the water to reach the one-gallon mark. If it takes fewer than 20 seconds, you could save money with a low-flow shower head

Have you decided it’s time to install a low-flow shower head or toilet? Decided you want an expert and reliable Dallas plumber to do it for you? Call Plumbing Dynamics at 214-929-3431 or send us an e-mail using our online contact form